President Joe Biden delivers an update on the COVID-19 response and vaccination program, in the South Court Auditorium on the White House campus, Thursday, Oct. 14, 2021, in Washington.  (AP Photo/Evan Vucci)

Sen. Mike Braun of Indiana is leading 41 Republican senators on Wednesday to “strike down” Biden’s rule, which mandates employees — at private businesses with 100 workers or more — to receive COVID-19 vaccines.

Republicans blasted the mandate, which Biden introduced in September, and the forthcoming formal rule from the Occupational Safety and Health Administration (OSHA), which is expected to be released in the coming days — calling it “unacceptable” and an order that “warrants review by Congress.”

Braun, the top Republican on the Senate Subcommittee on Employment and Workplace Safety, which has jurisdiction over OSHA, slammed the Biden administration for “heavy-handed government,” saying the business world has taken the COVID-19 pandemic “seriously from the beginning to keep employees and customers safe.”

“Now, when we’re finally at kind of an equilibrium, you’re putting an ultimatum on them,” Braun, a businessman, told Fox News. “Either get the vaccine or lose your job.”

Braun added that the mandate would be “the single biggest disruptor in one fell swoop” to the business community. 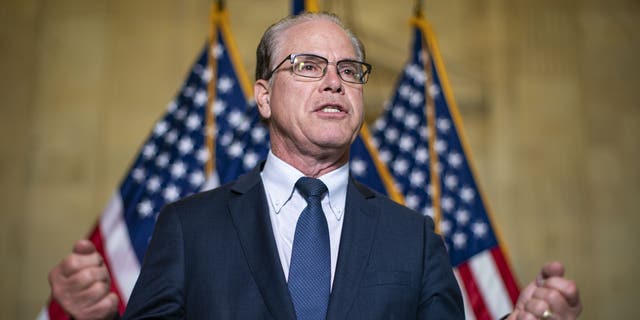 Braun and his 40 GOP colleagues in the Senate will formally introduce their disapproval for the mandate Wednesday morning during a press conference.

Once OSHA publishes the formal mandate into the Federal Registry, the rule will be transmitted to the House of Representatives and the Senate. At that point, a “20 day clock” begins, according to GOP aides.

During that 20-day period, the disapproval is reviewed in the Senate Health, Education, Labor and Pensions (HELP) Committee. At the end of the 20 days, the formal disapproval will be eligible for a vote on the Senate floor — a vote that Braun will be responsible for scheduling.

The Senate floor vote on the disapproval, which aides say is expected to take place in December, would put all senators’ stances on the issue on the record. If the disapproval passes by a simple majority, it could go to the president’s desk.

“It will make them decide, ‘Am I going to follow a crazy mandate? Or am I going to save my political career?’” Braun said.

Sen. Josh Hawley of Missouri slammed the mandate as “an unconstitutional infringement on the fundamental rights of American citizens.” 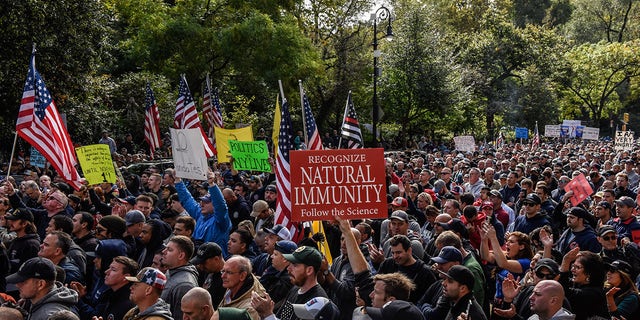 “More than that, it unlawfully bypasses established regulatory procedures,” he told Fox News. “Congress, not the president, has the authority to make law. He is ignoring this basic principle by forcing employers to require their workers be vaccinated, undergo rigorous testing procedures, or be fired.”

Hawley added: “It’s wrong, will make our nation’s economic challenges worse, and must not be allowed to go into effect.”

“The president cannot rule by decree,” Sen. Mike Lee told Fox News. “President Biden’s mandate is the most egregious incursion on the medical rights of Americans in our nation’s history, and it clearly exceeds the president’s power.”

He added: “This resolution will allow Congress to protect the American people and the Constitution.”

Meanwhile, on the other side of the Capitol Wednesday, Rep. Fred Keller, the top Republican on the Subcommittee on Workforce Protections, along with other GOP House lawmakers, is also set to formally move to disapprove of Biden’s mandate.

Keller told Fox News that Biden is “attempting to weaponize the federal bureaucracy to force job creators to become the vaccination and testing police.”

At a time when we should be doing everything possible to get Americans back to work safely, this politically-driven mandate will unnecessarily stifle private sector job growth across the country,” he said.

In September, Biden announced vaccine mandates that extended to 80 million private sector workers, and additional mandates for employees of the federal government and contractors.

The mandate for private sector employees requires them to be vaccinated or produce “at-least-weekly” negative COVID-19 test results before coming to work. The federal employee and contractor mandate does not include the option of weekly testing rather than taking a vaccine.