The Food and Drug Administration (FDA) on Thursday authorized a booster shot of Pfizer-BioNTech’s and Moderna’s COVID-19 vaccines for certain vulnerable and immunocompromised people.

Those who will be able to access the third dose of the vaccines include “specifically, solid organ transplant recipients or those who are diagnosed with conditions that are considered to have an equivalent level of immunocompromise,” the FDA said in a statement.

The authorization is an update to the existing emergency use authorizations for the two mRNA vaccines. Several other countries, including Israel and France, have similar recommendations on booster shots.

“The FDA is especially cognizant that immunocompromised people are particularly at risk for severe disease,” acting FDA commissioner Dr. Janet Woodcock said in a statement. “After a thorough review of the available data, the FDA determined that this small, vulnerable group may benefit from a third dose of the Pfizer-BioNTech or Moderna vaccines.”

The announcement came a day before the Centers for Disease Control and Prevention’s (CDC) independent advisory committee was scheduled to vote on whether to recommend an additional COVID-19 shot for high-risk groups. 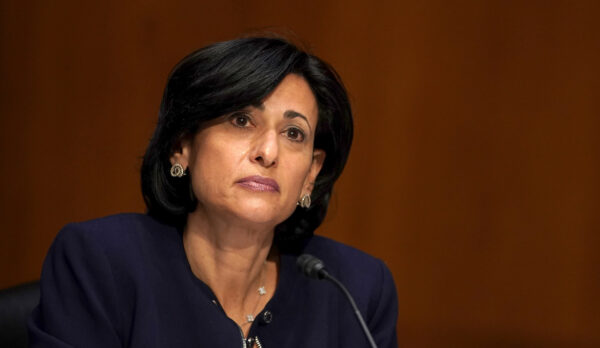 Centers for Disease Control and Prevention Director Dr. Rochelle Walensky is seen during a hearing at the U.S. Capitol in Washington, on May 11, 2021. (Greg Nash/Pool/Getty Images)

“This action is about ensuring our most vulnerable … are better protected against COVID-19,” CDC director Dr. Rochelle Walensky said prior to the agency’s announcement.

If the CDC during its meeting on Friday gives the go-ahead for the additional shots, they could be rolled out immediately.

White House COVID-19 advisor Anthony Fauci said during an interview on Thursday that he believes it is “likely” and “inevitable” that everybody will need a COVID-19 vaccine booster shot.

“It’s likely that that will happen at some time in the future,” Fauci told CBS News when questioned on the topic. Just days earlier, he and other officials said the additional vaccine shots will only be recommended for certain individuals.

In a separate interview with NBC News on Thursday, Fauci said that “inevitably, there will be a time when we’ll have to give boosts to the general population.”

The latest decision will to apply to roughly 3 percent of U.S. adult population, and comes amid a surge of the so-called Delta variant of the CCP (Chinese Communist Party) virus, which currently accounts for at least 80 percent of newly sequenced cases in the United States.