Dr. Anthony Fauci testifies before the Senate Health, Education, Labor, and Pensions Committee about the ongoing response to the COVID-19 pandemic on Capitol Hill on Nov. 4, 2021. (Chip Somodevilla/Getty Images)

Fresh questions are being raised about what American scientists and federal health officials knew about the origins of the coronavirus and whether conflicting evidence was suppressed and hidden from the public.

On Tuesday night’s episode of Special Report with Bret Baier, Fox News dove into the early days of the coronavirus pandemic and explored documents obtained showing that Dr. Anthony Fauci, director of the National Institute of Allergy and Infectious Diseases, was warned early on that the virus may have originated in a Wuhan, China lab.

According to the timeline of events laid out by Baier, Fauci was told on January 27, 2020 that his NIAID had been indirectly funding the Wuhan lab through EcoHealth– a US-based scientific non-profit that had been working with novel coronaviruses.

On January 31, Dr. Kristian Andersen, a noted virologist at the Scripps Lab, privately told Fauci that after discussion with his colleagues some of COVID-19’s features look possibly engineered and the “genome is inconsistent with expectations from evolutionary theory.”

Andersen added that the situation needed to be looked at more closely, at which point Fauci organized an all hands on deck conference call with colleagues where he was told that risky experiments with the novel coronavirus may not have gone through proper biosafety review and oversight.

Hours later, Fauci hastily organized a call with dozens of worldwide virologists, and notes from the meeting obtained by Special Report reveal that suspicions of the lab leak theory were suppressed over concerns of how the public would react to news of possible Chinese government involvement.

In the meeting, fears were raised by then-National Institutes of Health Director Francis Collins that “science and international harmony” could be harmed and accusations of China’s involvement could distract top researchers.

Another scientist in the meeting dismissed the possibility that the virus jumped from a bat to a person in nature and pointed out that the virus could be generated in a lab much easier.

Fauci and others in the meeting pointed to evidence that the virus originated in a seafood and wild animal market in Wuhan, which was complicated by the market being shut down and scrubbed clean by Chinese authorities.

A consensus was reached in the call that the lab origin should not be mentioned in a paper because it will add “fuel to the conspiracists,” and Collins appeared convinced that natural origin of the virus was “more likely.” 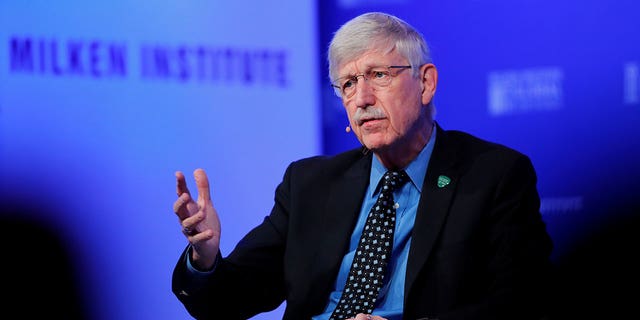 Just four days later, five researchers who were on the call authored preliminary findings abandoning their early private beliefs that the virus was likely the result of a lab leak.

It is unclear what new evidence prompted the reversal of opinion, but private communications show that various drafts were sent to Fauci and Collins for approval.

The first public draft was published on February 16 but failed to tamp down theories that the virus originated in a lab.

Over the next few months, Fauci and Collins worked behind the scenes to squash the lab leak theory and communicated to each other the day after President Trump declined to dismiss the wet market theory, discussing “something NIH can do to help put down this very destructive conspiracy.”

The email from Collins to Fauci contains a link to a Special Report segment on the issue, and Fauci urged Collins to ignore the story, referring to it as a “shiny object that will go away.” 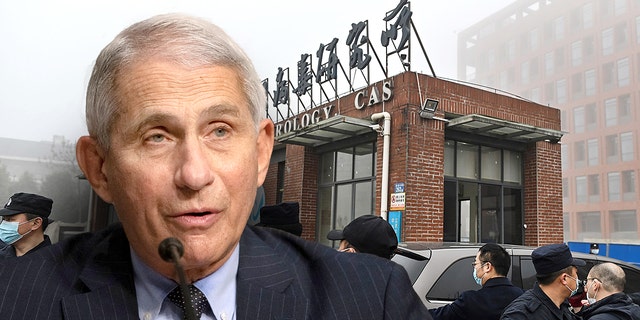 Dr. Anthony Fauci; members of the World Health Organization (WHO) team investigating the origins of the COVID-19 coronavirus, arrive at the Wuhan Institute of Virology in Wuhan, China, on Feb. 3, 2021. (Hector Retamal/AFP | Getty Images)

Fauci continued to push against the lab leak theory for months, and Special Report has learned that two authors of the scientific report Fauci touted were in close contact with Fauci and awarded millions in grants from his agency.

A year later, President Biden tasked the U.S. intel community with investigating the origins of COVID, but the report was inconclusive, largely due to China’s unwillingness to assist.

In August, after the lab leak theory gained more scientific traction, Collins told Special Report that he is open to the possibility the virus originated in a lab while dismissing the idea that it was made from scratch by humans.

In his last interview before leaving NIH, Collins stood by the theory that the virus originated in nature.

Special Report’s findings highlight frustration in the scientific community stemming from lack of openness and incomplete or inaccurate facts as Republican lawmakers on Capitol Hill push for more information on what the federal government knew about the origins of the virus and when.