President Biden on Friday said he and Dr. Anthony Fauci discussed requiring COVID-19 booster shots every five months rather than every eight as previously anticipated.

The shorter timeframe would increase the number of vaccine doses that the US will need to set aside for booster shots — as poorer nations clamor for more US donations.

“The question raised is should it be shorter than eight months? Should it be as little as five months? That’s being discussed. I spoke with Dr. Fauci this morning about that,” Biden said in the Oval Office during a visit from Israeli Prime Minister Naftali Bennett.

Biden said Friday that booster shots for Americans “will start here on Sept. 20 pending approval of the FDA and the CDC committee of outside experts.”

The president did not say what Fauci, the government’s top infectious disease expert, recommended regarding booster shot timing.

Israel began giving booster shots to senior citizens last month — rejecting the World Health Organization’s plea for “a moratorium on boosters” so that the Third World can get vaccines and reduce the possibility of new and more contagious mutations.

Pfizer and BioNTech have requested FDA approval for a booster shot for their two-dose vaccine, which is the most widely used option in the US — saying data shows a third shot improves the body’s ability to fight the virus. Moderna’s similar two-dose vaccine was made with the same technology.

Jeff Zients, Biden’s COVID-19 response coordinator, said Tuesday, “We expect the rule will be simple. Get your booster shot eight months after you got your second shot.”

According to CDC data, 73.5 percent of US adults have had at least one COVID-19 vaccine shot and 62.8 percent are fully vaccinated.

Vaccines dramatically lower the risk of serious symptoms, hospitalization and death, but the high rate of vaccination hasn’t stopped a surge in cases of the Delta variant of the virus — with a daily average of more than 156,000 new US COVID-19 cases over the past week, matching the case rate in late January. 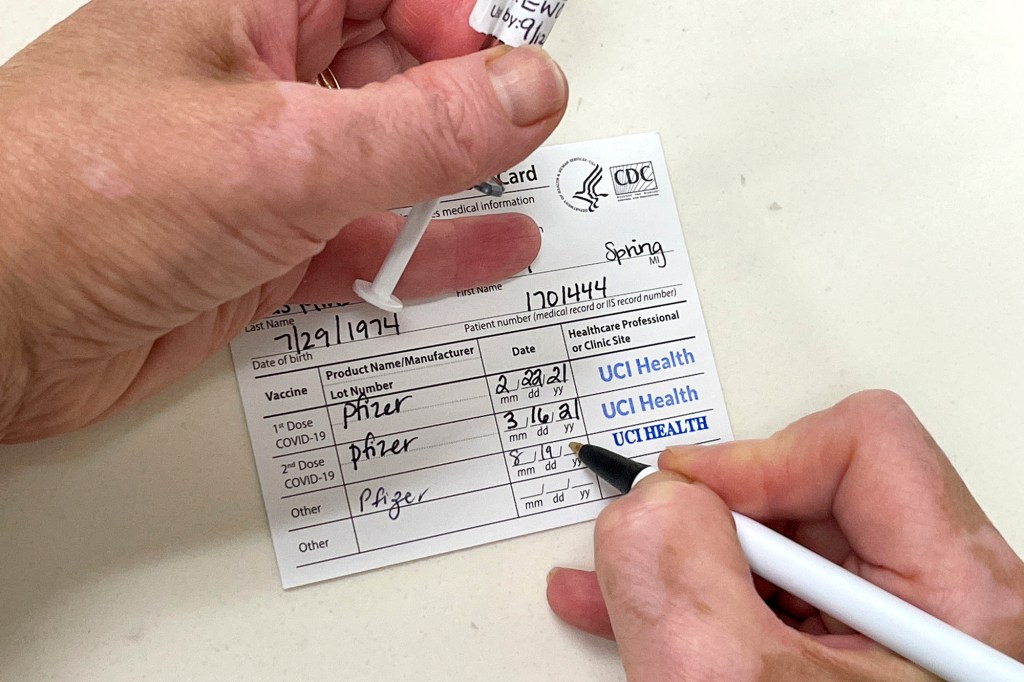 The shorter timeframe to get a booster would increase the number of vaccine doses that the US will need to set aside. MediaNews Group via Getty Images